Father, developer, fun maker. Occasionally all at the same time.

One thing that's been a weak spot in the experience for Crank has been the trading. While the text can get repetitive, I don't think the text or anything is bad so much as the lack of trade options.

The system in place attempts to actually make favourable trades for the player (more on that later), but despite that, a majority of trades end up being declined. 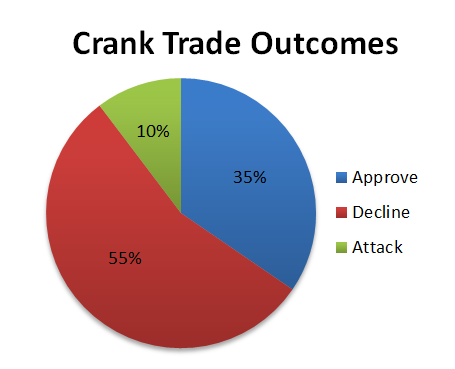 Here's a view of the current trade screen as it appears in the game now. It looks pretty simple from an initial glance but the mechanics behind it are actually fairly robust. 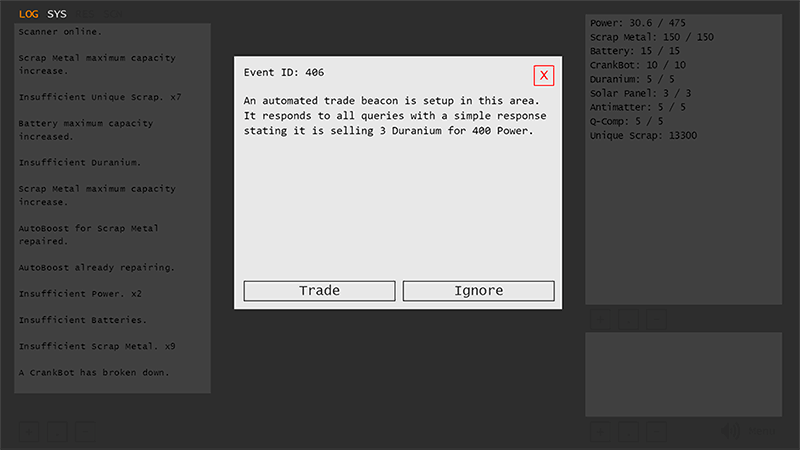 All the player sees is what looks to be two random items with two random values. Behind the scenes there is a few things in place to make this happen:

The intent was to add another layer of depth to the game, and possibly have some spaces where players can find good deals. For example, buying Scrap Metal cheaply in one area and jumping to a new area to sell it at a huge markup. Unfortunately, the way this system is presented, that possibility isn't even made clear. It's also greatly overshadowed by the player being able to boost research and make trading a pretty moot point.

I've always loved barter systems in games. I prefer them over any sort of currency (though Fallout's caps still hold a special place in my heart). I'm planning to overhaul Crank's trading into more of a barter system where players can pick from a pool of items they want, and trade extras they don't. Being forced into a single, random trade is, I think, the biggest deterrent to trading at the moment. This should give trading that extra flexibility to make it more useful to the player as well as expose some of the other existing systems. 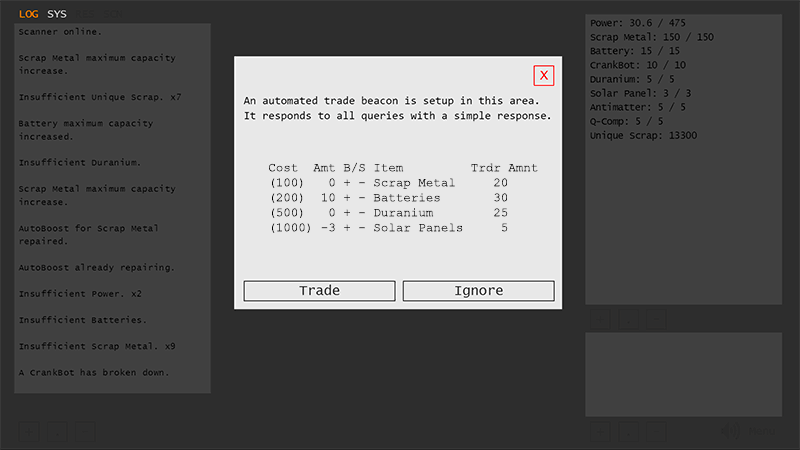 It's a bit tough to tear apart systems you've spent a lot of time on but it's a hell of a lot better than leaving them broken and not fun.